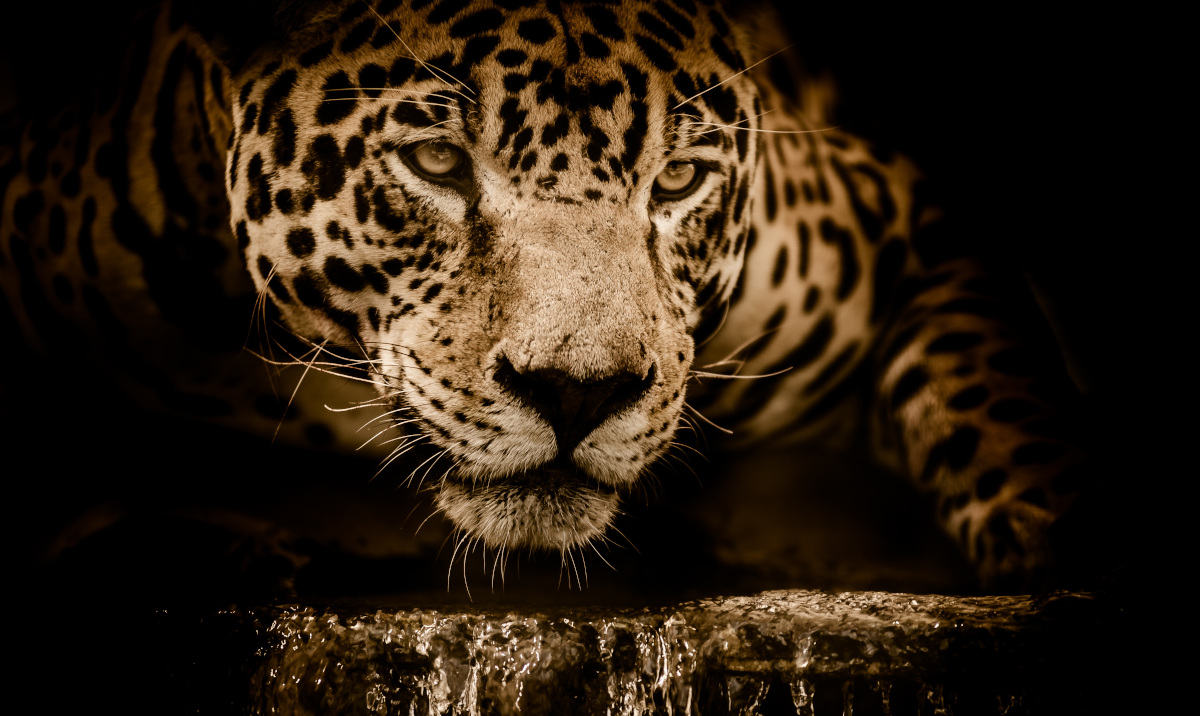 Is Your Company Safe From Management By Fear?

I know from personal experience and from history that human beings have been using fear against others to make things happen for a long time.

They use it against themselves as well.

It has never worked. It has been counterproductive instead.

Why are they still doing it? What prevents them from understanding its real effects?

There is no rationale. Humans can find a rationale when they are being rational. When fear is chasing rationality, the latter rushes to hide itself under the bed while forgetting to lock the bedroom's door.

I'm going to rewrite the question, put the rationale aside. I'll ask what humans think when they use fear to manage others, or themselves.

No exit this way too. Fear suppresses thought. When humans use it against others, they themselves are its victims. They don't think, they obey. Apparently they are on the side orders are from, actually they too obey. Their boss may be abstract, it may be money, power, prestige or success, or a blend of them. While the boss is abstract, fear is still real.

Groping around in the thick, dark atmosphere fear spawns, fear-makers confusedly imagine that they are doing something great when they throw terror at people. They believe that afraid people will think twice before making another mistake. Fear thwarts any attempt they may want to make to get in touch with reality.

I have to find the solution to the conundrum somewhere else.

How to induce fear using punishments

How do fear advocates induce dread in a human being who is supposed to be scared only if her life is in real, immediate, physical danger?

They take advantage of her imagination. It would be great if that imagination was used to solve problems and make the world a better place, but more frequently it's used to induce fear.

To inject fear in children's minds is easy because they are already scared on their own. Mother Nature equips them with instinctive fear so that they don't go roaming around in the jungle where tigers will make one only mouthful of them.

To make them scared is sufficient to withdraw affection, that fluffy, warm stuff they need so badly. Punishments work as well.

Alice Miller documented more ways to terrify children in her "For Your Own Good".

Fear's deployment of forces continues at school. Teachers require respect and give grades. They are scared as well. They have bosses who make them accountable for children's progress. Accountability is an euphemism terror fabricators use to make their art more acceptable.

Angst growers invent a hell or a god, or many of them, and they use them to terrify others. As long as the victims cooperate and use their imagination to fabricate a convincing image of them in their own minds, the fear game goes on and on and everyone does what they are told. Order reigns or so it seems.

In workplaces, intimidators can make people afraid threatening them with the spectre of unemployment. They inject in social culture the idea that nobody will ever find any happiness if they go and live boss-less, away from the safety of the fear-ridden job.

Hell supporters can pretend that the performance of a team is the sum of individual performances. Doing so, they can threaten workers who don't perform as required. To threaten the entire team wouldn't be as effective. It's better to single them out one at a time.

Pitting children or workers against each other is effective as well. Have managers fire workers who rank too low on a scale. The latter doesn't have to be objective and reliable. Fear will be guaranteed all the same.

Deadlines, real or made-up, are very useful as well. Just the name, deadline, is scary.

Distrust produces a lot of fear. Just micromanage your employees and you will be guaranteed to see their eyes dilate with fear.

To self-induce fear, it works to imagine that your money and all your possessions may a day disappear.

Depict failure as a monster that can ruin your career, your dreams, your life, your relationships and your family. You will have fear enough to last for a long time.

How to induce fear using rewards

There are some methods to generate fear that are above suspicion.

Children want to learn. They want it badly. They want to know how to kill the tiger Mother Nature made them so scared of. They want to turn the situation around and be the eaters instead of the meal.

Schools completely subverts this longing for mastery of the world. They make a chore of learning. They do it using fear. Where there would be the joy of understanding how to build the figurative rifle that will kill the tiger and set the child free at last, schools replace it with the words-made sugar called praise.

It's the same as to say: "You are too idiot to understand that you have made a great step forward to build your rifle, you need our praise." But if the child is an idiot, did someone make him become so?

Those who want to instil anxiety to control people can invent heaven. It's a more subtle way to induce fear. At first sight, it seems better than hell. It isn't. When we dangle the prospect of going to heaven in front of someone, she unconsciously thinks: "Why do they use heaven to manipulate me? Why can't they trust me?" Heaven and hell both are products of distrust, a source of fear.

Panic initiators are at large in workplaces as well. They use incentives, organize contests, hung posters about gazelles and lions on the wall, celebrate the best employee of the month, rate people, discover high performers and applaud them in public, lecture about the virtues of merit pay, acclaim the hero who worked 25 hours a day 8 days a week to make a deadline, and have a photo mural in their office showing the developer who won the largest computer programming competition in the world according to the Guinness World Records.

You can smell a pungent stink of distrust and what it brings about.

Good intentions don't heal fear. Well-intentioned people who want to manipulate others for their own good will witness fear stain their actions.

Will children learn maths if we punish them with a resounding F if they don't? Will they eat their greens if parents take their favourite toy away from them if they complain?

If we ask the fear-mongers, they will say that fear works wonders. Nobody will ever find any luck at making them change their mind because they refuse to accept any fact that may deprive them of the thrill they get when they see others obey, terrified, their orders.

Some of us are rational. They are beyond fear. They wouldn't be rational if they still were scared or busy making others so.

They have been making experiments. One of them is a school that is said to teach happiness. It's a place where children enjoy absence of fear. It's an incredibly peaceful place. It's the proof that absence of fear can produce peace much better than fear.

Other research reveals that the use of fear against children, instead of producing good, well-behaved people, is more likely to make them resentful. The energy of resentment frequently becomes mental illness or dangerous lust for revenge. Children who were often punished grow up believing that violence against the weak is fine, even educative. They are likely to start a career as "educators": they will punish — maybe kill — anyone who is not doing the right thing.

Edward Deming, the father of industrial quality, applied the scientific method to work organizations with wonderful results. He recommended we drive fear out of the workplace.

Why motivation is important

You may want to know why it is because it's fear's most prominent victim.

Precisely, it's intrinsic motivation that matters. It's what happens when no parent, no teacher and no boss is around and we are free to do what we enjoy doing, genuinely interested in doing it.

It's why a painter may be fine with living in misery, but with the consolation of his deep love for his art. It's why a lot of people write software unpaid. It's the curiosity that makes a four-years-old pester her parents with questions. It's the poetry that makes you smile when you see no light ahead. It's the name of the smell of freedom.

Is it important? I may dare say that we can't live without.

Fear may be so huge that it reduces a person's motivation to live to zero.

When we are children, if we see adult figures around us distrust us strongly, we come to think that we are bad, unacceptable, evil and not worth of trust. That's adults' version of facts after all. Very rarely we realise that we are, instead, positive beings who cannot wait to create nice things in the world. The problem is the adults, not us.

Most of us spend the supposedly sweetest part of their life growing distrustful of themselves, their confidence in their ability to learn to live withers. Sometimes they come to say: "Bye, bye, world, never see you again."

People want to use their problem-solving skills, children badly want to learn to do what adults do, everyone wants to make a difference in their own lives and others'. They have a hard time doing it when there is a wall made of lead in front of them, the wall of fear.

When we are scared, we see no options, only one course of action is available to us, or maybe none of them. We do fire drills to re-harsh the actions we are supposed to execute when there is a fire. We do it in advance because, when there actually is a fire, we won't be able to ponder the alternatives. Fear will prevent us. To solve complex problems, instead, we need our ability to see as many options as possible. We need our mind to be clear of fear.

When you know that you need your full brainpower to have a chance at tackling a task and you see as well that fear is injected in your mind, you get demotivated because you know that your chances of success deteriorate.

When you engage in the most complex task a human being can try to perform, learning, and there are nasty people throwing fear at you, your interest in learning fades.

Is it bad news that fear is so widely used as a mean to organise human activities?

There now are countries in the world that are said to be fear-based. You can imagine the level of rationality you find there and how smart their people can be.

A lot of companies are fear-based. This is good news because it means that you can make your company fearless and get an edge over your competitors. While fear slows them down and raises their costs, your company can be genuinely faster and leaner.

You have to see beyond the appearances. What seems to be fast, constructive activity may actually be a frantic, useless and clueless urge to fill a bucket with water without stopping an instant to realise that the bucket has no bottom.

The journey to detox yourself and your company from fear is long but rewarding.

Photo by IanZA from StockSnap